Candles can cause home fires too. 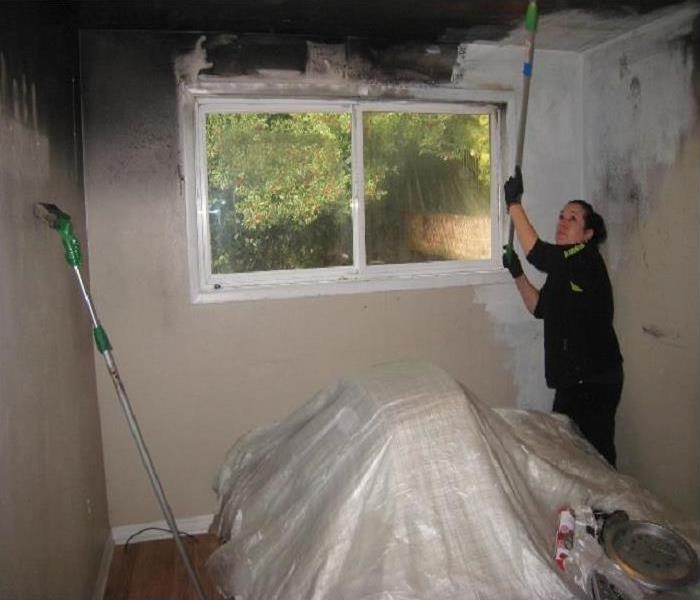 Proper cleaning of soot and smoke at Salem, Oregon home

Home fires are one of the most difficult things to go through.

This Salem, Oregon home owner suffered from smoke damage. A lit candle was too close to a curtain which started a home fire.  The room where the fire occurred had heavy soot and smoke.  Because smoke drifts through the air, there was smoke and soot at a lesser degree throughout the entire home.

The odor and soot should be removed and treated as soon as possible. These homeowners called SERVPRO of Salem West, knowing our experience and knowledge would provide the best possible result restoring their home and making it look “Like it never even happened.”

The process of taking care smoke odor is methodical and detailed. First, we treat the walls, floors and ceiling that have been damaged by the smoke with a special spray. The spray limits the amount of smoke molecules that get in the air. It contains penetrants and emulsifiers to slow down or stop the odor evaporation process. If the odor can’t get through, the smell won’t get through either.

Secondly, after the fire there are smoke odors in the air. Our technicians will spray a product to counteract those smells.  The last step in the smoke odor treatment is thermal fogging.  The product used will react with the odor-causing residues and eliminate the odor rather than just mask them.